On a red carpet in February 2020, Grian Chatten, the front-man and vocalist for Fontaines D.C., was asked about the recent general election in Ireland, which had seen a historic plummeting of support for both of the traditionally dominant (centre-right) parties, Fine Gael and Fianna Fail. The election was proof, Chatten responded without hesitation, of “the power of youth in numbers”, and that “people can conduct change from the ground up.” The insight and inspired radicalism of his reply would have come as no surprise to fans of the band’s music.

Storming to stardom with their first album, Dogrel, in 2019, and continuing to chart a meteoric trail ever since, Fontaines D.C. are celebrated for their gritty lyricism and propulsive channelling of young (frequently, male) desires and disaffections, earning them comparisons to Joy Division: “I don’t belong to anyone”, they sing, “I don’t wanna belong.” The brassy tang and reigning emotion in their albums may also evoke memories of the edgy, eloquent angers to be found in early Oasis, who declared, unforgettably, to every shining face in the crowd: “You’re the outcast, the under-class / But you don’t care, because you’re living fast.” Fontaines D.C. pick up this discarded flag and mount it, blazing, on their own high-rising musical barricade. “Dublin in the rain is mine”, they yell, “a pregnant city with a Catholic mind, / slick little boy with a mind of Ritz / pulling that thread for the next big fix – THIS!”

If Dogrel is rooted in Dublin, if it gleams and roars with a furious love for the city’s rain-lashed, broken streets, it also offers a punchy retort to narratives of neoliberal progress in the Irish capital. Government ministers routinely attempt to distract voters from the realities of hardship and degradation (in health, housing, employment, and environmental standards) with vacuous assurances of their own work ethic and a more general (at this point, fanatical) promise of trickle-down economic affluence. By contrast, Fontaines D.C., with their gutsy, punkish sound-bombs, dispel the smoke and shatter the mirrors of the spin-machine, exploding the many fakeries of twenty-first-century Ireland with each churning verse. “A sell-out”, they shout, “is someone who becomes a hypocrite / in the name of money”, while “charisma” is only “exquisite manipulation, / and money is the sandpit of the soul.” Snobbery, elitism, corporate gloss: all fall to pieces under the thunderous force of these songs.

In some respects, Dogrel’s fierce, raucous portrait of life on the frontlines of recession-era Ireland, each track a sonic snapshot from the grassroots up, is resonant of James Joyce’s unflinching, eye-level explorations of social paralysis in Dubliners a century ago. Both – the album and the short story collection – are filtered through the voices and experiences of people living with loss, where exhaustion and damaged dreams are a daily reality, even as the style of telling in each case surges with its own fury, and vitality. “Death is falling down on your work routine”, we learn, “and it’s falling even harder on your churches and your queens”, everything solid, as it were, melting under the morbid weight of these modern times: “oh, don’t be falling hard on the tenement scene.” As in Joyce’s work, the characters we encounter are often vivid, somehow recognisable from our own knowledge of the same pavements. “Driver’s got names to fill two double barrels,” runs one pummelling anthem, “he spits out ‘Brits out!’, only smokes Carrolls.” “Hey, love”, closes another curbstone ballad, almost disarming in its softness, “are you hanging on?”

Even their more introspective tracks pulse with rebel energy. “No”, from their second album, A Hero’s Death, is a slow-burning tribute to friendship, but it also stands, as the title implies, as a rejection of broader cultural complacencies and falsities. “There’s no living to a life”, we hear, “where all your fears are running rife, / and you’re mugged by a belief that you owe it all to grief.” But if you trust your nerves, you find your truth: “even when you don’t know, you feel.” These are music-makers whose first instinct and essential need is to keep on keeping it real, every time.

Their recent single, “I Love You”, sharpens the subversive orientation of these earlier songs, explicitly attacking the “the gall of Fine Gael and the fail of Fianna Fail”, and unearthing the many violences perpetrated and normalised in the so-called Free State: which today exists as a kind of feeding-ground for vulture-funds, having previously served as a political laboratory for the most reactionary, coercive brand of Catholic statecraft. The title and romantic opening seduce listeners, even as the track in its entirety builds to a long crescendo of accusation: “this island’s run by sharks with children’s bones stuck in their jaws: / now the morning’s filled with cokeys tryna talk you through it all.” “I Love You” may be one of the most visceral critiques of Ireland’s political (and media) elites ever articulated in music.

Shortly after the centenary of the 1916 Rising, that ever-more-distant moment when radical incendiaries like Kathleen Lynn and James Connolly joined with nationalist forces in insurrection against British rule, in 2017 pollsters were shocked to discover that “half of Ireland’s young people” today “would join in a revolt against the government” if the opportunity arose. Fontaines D.C. are the fearless, unflagging voice of that generation: prophets of the young, gifting to all the world their rage, their pain, their refusal and protest. “You know I love that violence”, they sing, “that you gather / when the cold wind blows down news of the marriage / of the socialite’s money to another one’s land, / and all but one will refuse to stand, yeah.” This is art stemming from an intolerance for the intolerable: from a passionate disdain for all the ways in which capitalism and cronyism would twist and distort our lives, turning us into snobs and sell-outs. “All you antiquated strangers, all throwing in the towel / to do another man’s bidding”, they sing, fists in the air, “I was not born into this world / to do another man’s bidding.” Listen close, and you can hear the change a-coming, a people’s new tomorrow erupting into song. 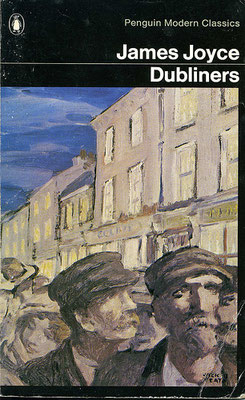 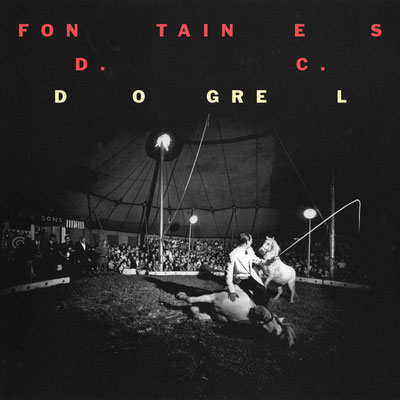 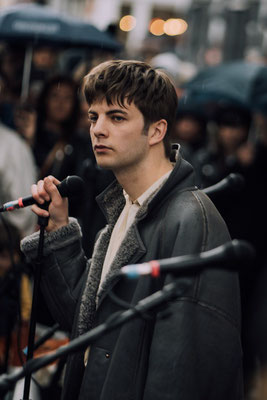