In the summer of 1976, four years before Babylon received its theatrical release in the UK, a drunken millionaire with a guitar strapped from his shoulders divulged his political opinions to the crowd of music-lovers gathered before him. “Do we have any foreigners in the audience tonight?”, asked Eric Clapton, because “I think Enoch’s right. [We need to] stop Britain from becoming a black colony, get the foreigners out [...] keep Britain white.” His comments sparked a wildfire of anti-racist and anti-fascist resistance in the arts, culminating in the Rock Against Racism carnivals that recurred over the next half decade, but they were also very much in step with the times, which witnessed a surge in white supremacist street violence, along with a hardening of anti-immigrant attitudes among Tory voters. Filmed on location in South London, Franco Rosso’s resonant exploration of life on the edge follows Blue (Brinsley Forde), an ill-treated mechanic by day and a front-man for a reggae band by night, as he unlocks the fatidic promise of his music from within the drab, depressed, and dangerous city he moves through, usually at speed. “I don’t like monkeys who get too clever in my garage”, snarls his boss, when he insists on taking a lunch break; Blue stares back, exhausted and sullen, his teeth clenched. Later, a posse of plainclothes policemen beat and then arrest him, at random. As here, Babylon illuminates the actualities of racism and poverty in Thatcher’s England with an anger and fierce clarity that continue to haunt, long after the final credits have rolled. But Rosso’s vibrant social portrait also pulses with the power of the people it depicts. With Blue, navigating the post-imperial metropolis, we come to understand the ecstatic potency of Rastafarian hopes, as well as the radical force of London’s emerging reggae and sound system cultures in a society otherwise beaten down by hierarchy and prejudice. Brutal and beautiful, uncompromising and rapturous, this film burns in the memory like a deep, prophetic flame.

Although associated of late with commercially oriented franchise flicks like Alien: Covenant (2017), or run-of-the-mill crowd-pleasers such as The Martian (2015), Ridley Scott is arguably one of the most prolific and path-breaking of living film-makers. The original Alien (1979) invested space-horror with venereal tension and in the process reinvented the genre in a quasi-feminist mould, while many of his stand-alone pictures, from Thelma and Louise (1991) to The Duellists (1977), remain memorable and intriguing after multiple viewings. Inexplicably shunned by critics in 1982, Blade Runner has garnered a cult following over time, as well as belated acclaim. Part of the film’s freshness is its fluent synthesis of a number of longstanding cinematic and cultural traditions, its noirish narrative playing out against the dystopian vista of a technologically advanced but spiritually vacant civilisation in decline. Harrison Ford plays the detective-figure of the movie’s title, Rick Deckard, tasked with tracking down and eliminating four replicants (human-resembling androids) that have escaped their off-world labour colony and now roam the streets of a neon-sodden, fume-belching Los Angeles. As the urban and moral maze into which he descends grows murkier, more dubious and ominous, the increasingly entangled Deckard begins to question the meaning and make-up of his own selfhood, not to mention that of the androids he hunts. For all its artistry, behind the futuristic demeanour and pot-boiler garb Blade Runner feels like an existentialist text, forever reaching for the primal questions – of what it means to live and die. Ironically, the closest the film comes to finding an answer is in the last, slow soliloquy of the replicant Roy (Rutger Hauer), his memory and consciousness slipping from him, he tells us, “like tears in rain.” Visually poetic and laden with mystery, Scott’s sci-fi crime-novella ranks among the greats.

Part-musical, part-satire, and wholly an entertainment throughout, the Marx Brothers’ matchless 1933 romp features some of the sharpest dialogue and funniest physical sequences of their collective career, zinging from one rambunctious episode to another with a zest and haphazardness that make the film difficult to summarise, if also impossible to forget.  “The last man nearly ruined this place, he didn’t know what to do with it”, trills the incoming despot of Freedonia, Rufus T. Firefly (Groucho Marx), “But if you think this country’s bad off now, just wait till I get through with it!” Suffice it to say that the rowdy, free-wheeling slapstick fizzes with fun, and Groucho’s quick, mischievous wise-cracks keep coming, an all-out assault on self-serious thinking. But these qualities also have a subversive tinge. “I’ve got a good mind to join a club and beat you over the head with it”, snaps Rufus to Chicolini (Chico Marx), selling peanuts beneath his palace balcony, in an exchange which – aside from the enjoyable punnery – arguably captures the very essence of authoritarian politics. This is a dictatorship, moreover, in which the megalomania of its ruler and the incompetence of his state agents are never in doubt (indeed, are permanently on-show), as the Brothers’ signature wit, spontaneity, and acrobatic exuberance run riot in the halls and pastures of Freedonia, spoofing all authority and up-ending every idol. Witnessing such anarchic humour and bottomless vim in full flow, we can hardly wonder at France’s insurgent students of 1968, who declared in triumphant chorus, “Je suis Marxiste – tendance Groucho.” As those radical, rebelling youths surely understood, part of the pleasure of Duck Soup is its irreverent glee, the enjoyment it takes, moment to moment, in turning the world upside down.

The Card Counter is more cumbersome and hyperbolic than similarly propulsive films by the Safdie brothers, including Good Times (2017) and Uncut Gems (2019), but Schrader’s vision of life at the heart of the American nightmare has a comparable sense of physical tension, and an even deeper atmosphere of moral dread. At times, this movie feels as if it were made at the tail-end of the war-haunted 1950s, even as the characters are unmistakably the scarred products of 21st-century anomie and atrocity. As the perhaps implausibly named William Tell, Oscar Isaac finds and marshalls the simmering force (suggesting brutality, self-knowledge, and intelligence) he had courageously reached for but never quite managed to sustain in A Most Violent Year (2014); here he comes into his own, and inhabits every pause and gesture with the instinctive gravitas of a great actor. Tell, needless to say, is a sympathetic variation on the morally perturbed loner-figure that has so fascinated Schrader across his career as writer-director: a man (inevitably) who lusts for redemption, while grappling with the inhumanities of the world he lives in and the self he never ceases to confront. The tessellating plot elements – concerning Abu Ghraib, as well as the USA’s rampant casino culture – don’t always fit together as naturally as Schrader wants them to, but the fact that he does, and that he refuses to flinch from what William has seen and done, adds to the film’s pained anger and (in the closing segment) quiet hope. 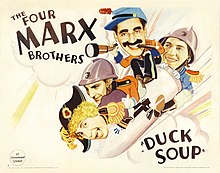 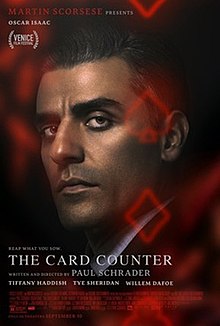