(Forthcoming from The Real Percy Shelley)

1. Which is your favourite poem/essay/letter? Against some formidable contenders, “Adonais” wins the prize.

2. Are there some lines of poetry or a passage from an essay or letter with which you closely identify? At the risk of sentimentality, these: “Stay yet awhile! Speak to me once again; / Kiss me, so long but as a kiss may live; / And in my heartless breast and burning brain / That word, that kiss, shall all thoughts else survive….”

3. If you could be a character in any of his poetry, who would you be? The West Wind!

4. Name a characteristic you feel that you share with Shelley. Restlessness.

5. Name one you are glad you don’t. I’m glad not to have been born a member (minor or otherwise) of England’s aristocracy: a blight to which the world has yet to apply an effective cure.

6. Name one book about Shelley that the general public should read if they want to better understand him. This may be a strange or clumsy suggestion to make, but before delving into Shelley’s life and work I’d recommend that readers immerse themselves in Mary Wollstonecraft’s wonderful Letters Written in Sweden, Norway, and Denmark (1796). Mary Wollstonecraft’s work helped to shape Shelley’s understanding of education, society, and political progress, and of course he later eloped with and eventually married her daughter, also Mary. Perhaps most importantly, however, the Letters offer a counter-narrative to a pattern of erasure – in life and in critical scholarship – that removes or explains away the experiences and self-expression of women specifically, consigning them to the little-read footnotes of a larger story. In this respect, Wollstonecraft’s lucid, often breath-catching prose re-opens a doorway that many scholars historically have been happy to shut or ignore, even when the ‘spirit of the age’ was whispering on the other side. I think a budding Shelleyan would do well to learn from what’s there to be heard.

7. Which is your favourite biography of Shelley? Richard Holmes’s Shelley: The Pursuit was the biography that most helped me to see past the canonical mystique, and to understand Shelley’s life and work as a single, interlinked ecosystem – one in which, importantly, still-living political and poetic aspirations could be found.

8. Name one thing that you think people don’t know about Shelley. How to pronounce “Bysshe”.

9. What is the most popular misconception about Shelley today? I believe its name is Douglas Booth.

10. Shelley has variously been called a skeptic, an idealist and a utopian. Which is it?! I’m reminded of Harold Bloom’s illuminating, mildly horrified assessment (in The Visionary Company): “Ideologically Shelley is of the permanent Left, in politics and religion, and his morality insists on the right of private judgement in every possible human matter. He is nothing short of an extremist… he says, ‘I go on until I am stopped, and I am never stopped.’” All of which suggest to me that Shelley was, primarily, an optimist of the will; the proof is in the poetry.

11. Where do you think Shelley was happiest? Wherever he felt himself in motion, his times a-changing.

12. Imagine Shelley faked his death. Where did he go and why? To Rome, “at once the Paradise, / the grave, the city, and the wilderness” – where life goes on.

13. You have 240 characters - one tweet - to convince a high school student to study Shelley. What do you tell them? Ever feel like things aren’t going your way? Percy gets it. He used to go outside and shout at the sky until he felt better. Called it poetry: “Oh lift me as a wave, a leaf, a cloud! I fall upon the thorns of life! I bleed!” #BeLikePercy

14. What is the most important message Shelley has for modern readers? “Ye are many – they are few”!

15. Through the magic of time travel, you have a chance to communicate with Shelley immediately after his expulsion from Oxford. What do you tell him? I suspect that Mr Coleridge was secretly the victim of the same benevolent time-warp when the mysterious person from Porlock came knocking. So, much as I would love to chat with young Percy (and for that matter, with Harriet shortly after), in this scenario I would try to ease myself out of the somewhat chaotic vista of his life as best as possible – for fear of dulling its glow.

16. Time travel works both ways! Suppose Shelley appeared in your living room today. What do you think would most astonish him about our time? In this instance I’d be keen to invite so glad and glamorous a haunting spectre to walk with me through Dublin (where I’m from). We might go back to The Liberties, where Robert Emmet was hanged, and a small plaque now commemorates the local weavers executed or ‘disappeared’ for their part (in some cases, their suspected part) in the 1798 insurrection against colonial rule – weavers whose surviving friends, relatives, and neighbours Shelley himself most likely walked among when he visited the same area in 1812. I think of Dublin today as a homeless capital, back-broken and wracked by inequality and corporate shadow-rule – so I’d traipse with Shelley and Harriet through the airy, red-brick corridors of the city until we reached the Dáil (the Irish parliament), and wait for the conflagration that would surely follow.

17. Can you think of someone alive today, who best exemplifies the Shelleyan spirit? I’m a great admirer of the London-based Iraqi rapper, Lowkey – who describes himself as “a product of the system I was born to destroy” (a declaration also implicit, if not openly stated, in much of Shelley’s work). His song “Ghosts of Grenfell” offers an intensely moving elegy for the victims of 2017’s Grenfell fire catastrophe, as well as a compelling retort to political elites in the UK (indeed, the world over) who insist on the neoliberalisation of human rights, public health, and basic safety standards as a necessary or somehow normal feature of 21st-century democracy. Although the echo forms only a small part of the song’s power, the chorus shares a continuity with Shelley’s “Adonais” by asking: “Did they die or us? Did they die for us?” Of course, the urgency of the questions here is amplified by the fact that the grief and anger articulated are collective, rather than solely personal or artistic. At any rate: when I tune in to Lowkey, just the same as when I revisit Shelley, I’m reminded of the necessity, pain, and earth-shaking possibilities inherent in realising that we still have a world to win.

18. “Shelley....was essentially a revolutionist and he would always have been one of the advanced guard of socialism.” – Karl Marx. Agree or disagree? The mighty Adrienne Rich once described the experience of reading Karl Marx’s work as that of finding yourself “in the company of a great geographer of the human condition”. Marx’s relationship to Shelley seems to have had a similar dynamic; indeed, the radical archivist and troubadour of the Wobbly movement, Franklin Rosemont, has made the case for Marx as a fundamentally poetic thinker. Briefly, then: I do agree with Karl’s assessment of Percy, and believe that the legacy of both figures lives on where- and whenever humanity asserts itself against the powers that would divide, exploit, or silence it for gain.

19. In the register of a hotel in Chamonix, Shelley famously wrote (in Greek) “I am a lover of humanity, a democrat and an atheist.” There has been controversy about the final assertion of atheism. What do you think? Atheist or not? I see Shelley as a heretic in the original sense of the word (also in Greek): as someone who thinks and chooses. And to me it seems significant that, as the self-description above suggests, he chose to love. Atheistic or otherwise, I’m convinced that the vim and challenge of that assertion drive to the heart of what it means, if anything, to be briefly alive as we are.

20. Some people are drawn to Shelley’s love poetry, and others to his combative political radicalism. Which Shelley speaks to you? The lover or the fighter? Among other things, Shelley’s poetry is lit and charged with the gusting belief that love leads on – to other people, to new sensations, to the world and outer-worlds (moving, somehow, with a spirit oneness). His work contains multitudes; when he speaks I always try to hear them sing. 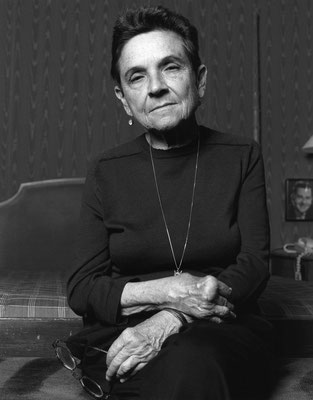 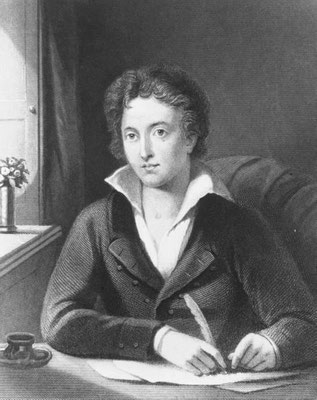 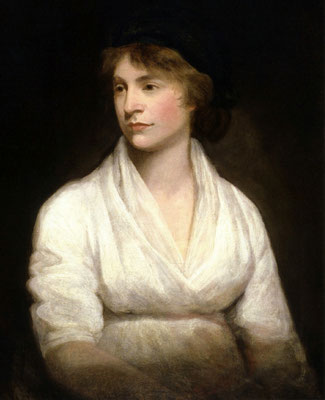