TRUTH TO POWER: An Interview with Charlie Kerrigan

Charlie Kerrigan is a research fellow and teacher at the Department of Classics, Trinity College Dublin. His ground-breaking first book, Virgil’s Map: Geography, Empire and the Georgics, was published by Bloomsbury in 2020. He runs the TCD Classics blog, Confabulations.

Q. Congratulations on the publication of your first book, Virgil’s Map, which focuses on the politics and reception of the Georgics (by the Latin poet, Virgil), published in 29 BCE. You describe the book as “a politically committed study” and reject the idea of scholarship as an “objective” and “disinterested” activity. I think anyone who reads Virgil’s Map will understand the merit of this approach, but I wonder if you’d elaborate briefly here on the framing you’ve chosen: why write “a politicizing essay” now, and about the Georgics in particular?

A. Thanks, Ciarán! In the book I write that it’s about redressing an imbalance in what’s been written about the poem, how it’s been talked about, over many decades and even centuries. Professional classical studies has always tended to exist within elite and conservative environments – grammar schools, Oxbridge, the Ivy League – historically populated by a very narrow demographic. And I think the narrowness of that readership led to a narrowing of the poem: its lines on the beauty of the natural world were kept centre-stage, while its apparent endorsement(s) of Roman imperialism were considered unproblematic, or pushed to the background. It wasn’t clear to me, moreover, that the historical imbalance had ever been seriously challenged.

More personally, I think Toni Morrison talks somewhere about how if there’s a book you want to read and you can’t find it, then you should write it. Virgil’s Map was in part my attempt to write the kind of book on Virgil that I’d like to read, and one that I wasn’t finding as I read through the books in the library. A more politicized, interdisciplinary take.

Q. You acknowledge the technical and aesthetic achievement of Virgil’s poem, but you also argue that to “see the Georgics  only as a beautiful masterpiece is to limit its educational potential.” Can you explain what you mean by this? You’re a teacher as well as a researcher, so I suspect the emphasis on literature’s “educational potential” here is an important one.

A. I think it’s useful to distinguish reading in general from reading in an educational context, though the distinction isn’t always clear-cut. I’m wary about telling any reader how to read a poem: for me reading is, before anything else, something magical and absolutely personal. Most people are able to seek out and read a copy of the Georgics (in English if not in Latin), perhaps enjoy it, perhaps learn something from it. But the question then becomes, what are we doing in the classroom that a student couldn’t just do on their own? That’s where pedagogy comes in, the idea that reading in a communal setting is a means by which encounters with art and literature might raise questions of wider concern, provoking students into their own educational journeys, as writers like John Dewey and Maxine Greene would have it. So to read the Georgics only for its beautiful verses is, in an educational context, a missed opportunity, when you could also be reflecting on how some of its themes (like the relationship between economics, empire, and the environment) are actually very relevant to the twenty-first century.

Q. I read your book shortly after watching the RTÉ documentary, The Hunger: The Story of the Irish Famine, so I was fascinated by your discussion of the ways in which Virgil’s poem was referenced and understood in an Irish context throughout the nineteenth century. You say that Virgil’s image of “happy farmers” was “consistently used” by landowners, colonial administrators, and Westminster MPs “to argue that the Irish [were] either unappreciative of British rule or unaware of the comparatively prosperous state of Irish agriculture”, even during Famine times. To me, this seemed to  illustrate quite concisely the relationship between (Latin) literature and power, but it also arguably suggests the urgency of re-reading ‘the canon’ in a decolonial light. Can you say something about how this dynamic plays out in your research?

A. Sure thing. One reason why decolonizing work is useful and necessary is because modern classical studies still hasn’t fully confronted its imperialist past, though lots of good work is now being done. The decline in the numbers of students studying Latin and Greek, the idea still voiced in some quarters that Greece and Rome possess a kind of innate pre-eminence in the world of culture, calls for the restitution of looted items in the collections of places like the British Museum: these are all issues that stem directly from institutional classics’ involvement with empire. Decolonizing work is important in making the classics classroom a more welcoming and less complacent place, and in promoting an understanding of how culture and power interact in the present day.

But it’s also been a very energising and productive line of enquiry from a personal point of view. It’s gotten me thinking about how empires have shaped and continue to shape my life as an Irish citizen, and sent me out in search of other, more democratic, histories of Latin, from the hedge schools of eighteenth century Ireland to modern pop music from Latin America. Languages and literatures are always being re-made and re-imagined, so the imperial story never gets to be the only one.

Q. I was surprised and delighted, while reading your book, to see so many references to radical authors (not normally associated with classical studies, to my knowledge): from Adrienne Rich and bell hooks to Noam Chomsky and Edward Said. You also mention, at one point, Virgil’s silence on the question of “women’s labour” in the Roman empire, a subject that clearly is relevant to present-day societies. At any rate, it seems to me that your decolonising approach has a strong feminist consciousness at the root. Is this the case? If so, what were the challenges involved in writing this kind of study?

A. One of the things I've realised in writing the book is that the maleness of the Latin archive is breathtaking. In the canon of Latin classics (traditionally defined) there are no women authors, while in the history of classical scholarship women have been vastly outnumbered by men until very recently. The same applies to the archival material I consulted. So when I was researching I was, with some exceptions, working in a man’s world, and while I couldn’t magic up women’s voices where they didn’t exist, I was grateful to be able to see for myself the scale of the absence.

My starting-point was the fact that Virgil’s farmers in the Georgics are men, and women, when they do appear on the farm, are indoors doing the weaving and looking after the household. But women (not to mention children) have always worked the land in agricultural societies, as they did in ancient Italy: so there you’ve got an instance of women and their work being marginalized – kept indoors – in literature, in a way which echoes throughout history and into the present day. This goes back to what I said above about teaching: literature prompting productive questions about real life; the work helping in my own feminist education.

Q. Finally, how do you feel about Virgil now (e.g. has your opinion and outlook changed since writing your book)? And for lay readers, like myself, who are interested in the Georgics, where can we find it? Are there any particular translations or resources you recommend?

A. He’s still one of my favourites, if ultimately mysterious given that we know so little about his life and times. More and more since writing the book what interests me is the long and varied influence he’s had, and continues to have, over many centuries. This runs through canonical figures like Dante and Don Quixote, but also takes in writers like Seamus Heaney, Ursula Le Guin and Elena Ferrante, medieval Naples and modern pop music. It’s a great counterpoint to narrower definitions of literature in that it’s a messy, popular, and very creative tradition, a kind of package deal that’s always being added to.

You can find A.S. Kline’s translation of the Georgics online (here), while there is also a 2004 print translation by Irish poet Peter Fallon. The poem is full of keen observations about nature and the world around us, and features (in book 4) the most famous iteration of the myth of Orpheus and Eurydice, set within the context of a magical story about bees and bee-keeping. Lots more, in short, than imperial politics. 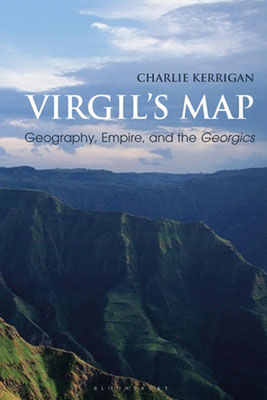 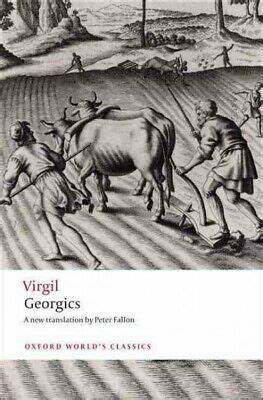 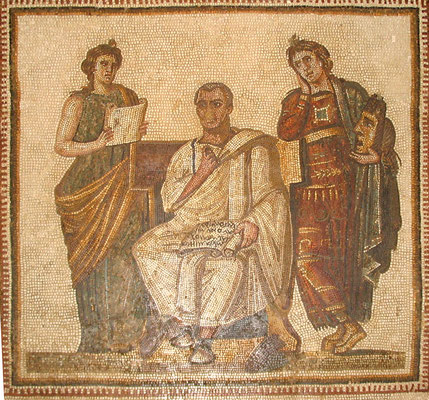