Twenty-first-century Ireland’s ‘direct provision’ accommodation system for asylum seekers, first established in 1999, has been compared to the country’s previous (and notorious) network of Magdalene laundries, the last of which closed in 1996. Although the purpose and operation of both systems differ in detail, both may be described as oppressive, dehumanising, and enabled by the State. Despite a long campaign to abolish direct provision in favour of a more human rights-centred model, asylum seekers continue to suffer, and continue to struggle, on the margins of Irish society. Hence, Aisha: Frank Berry’s fictionalised, if ground-level exploration of what the experience of direct provision actually entails. Berry may be compared with Belgium’s Dardenne brothers, as a social realist whose dramas are instilled with compassion and conveyed by way of complex understatement (rather than didactic sermonising). This makes him, in part, an actor’s director, and the emotional depth the two leads marshal here surely speaks to the humanity of his approach. Josh O’Connor, whose intelligence and aching sadness filled God’s Own Country (2017), plays Conor, a former prison convict who begins working as a security guard in an accommodation centre, where he meets one of the residents, Aisha (Letitia Wright). Wright, as the eponymous main character, is truthful in every moment; we sense the intimate reality of Aisha’s pain, exhaustion, tenderness, and anger, as the bureaucratic coldness of direct provision drains her days, and her friendship with Conor slowly grows. At a mere 94 minutes, Aisha could easily be a tv movie; but the central relationship is so softly evoked, and so deeply felt, and the portrait of Irish society at the same time so accurate and unflinching, that Berry’s film has the quality of a quiet epic. It is, needless to say, a profoundly political work. Berry has said that “every piece of art made about the direct provision system should be about dismantling the direct provision system”, and Aisha easily fulfils that criterion, documenting the daily injustices with which asylum seekers must contend, and creating an immersive human portrait. See it as soon as you can.

Baz Luhrmann has dedicated his career to the credo that bathos is beautiful, and in the case of Elvis, he may be right. Austin Butler’s plastic imitation is studious and occasionally persuasive, while Tom Hanks’s cartoonish incarnation of the racketeering music manager, “Colonel” Tom Parker (resembling a cigar-breathing Augustus Gloop), is barmy enough to be tolerable. Yet as the closing footage of Elvis in the flesh flits by, bolstered by a sublime live recording of “Unchained Melody” (1971), we wonder why Luhrmann bothered to create this lavish prosthetic variation on the life and legend, when the man himself was so breath-takingly charismatic: a documentary surely would have been easier to make, and more immediate and powerful in the portrayal it provided (the 2018 Netflix production, The Searcher, may be worth citing in this regard). The triumph of the picture as it stands is Luhrmann’s ecstatic and infectious appreciation for the music itself. The blood-trembling, spirit-plumbing vitalities of Big Mama Thornton, B. B. King, and Little Richard are well served by Luhrmann’s penchant for sizzling extravagance, as is Elvis’s own aura and attractiveness. We hear these figures sing, and understand, with exhilaration, the momentousness of their gifts. Which is not to say that Luhrmann gets everything right (far from it). When it comes to Elvis’s appropriation of black music in an era of violent segregation, for instance, later luminaries have stood divided: Ray Charles remained skeptical, while Public Enemy would classify Elvis, frankly, as “a racist”. Luhrmann, by contrast, interprets the pop icon’s (extraordinarily commercially successful) adaptation of black songs, rhythms, and verve as an indication of his inspired talent and originality. Elvis loudly makes the case for the latter, offering a ham-fisted but stirring salute to the man who would be King, and, for many music-lovers, was.

This is an anti-fascist film in the fullest sense of the term, examining the ascendancy of Mussolini’s blackshirts, through the prism of Umberto Paradisi’s propagandistic A noi! (1922) –which heroised the titular march that helped to establish ‘Il Duce’ in power. Cousins draws a clear line of continuity between that parade-like (and, in fact, intermittently shambolic) spectacle of fascist force and the long calendar of violence that followed, not to mention the regimes and ideologies it inspired elsewhere. The Hindu Nationalism of Narenda Modi and the M.A.G.A. (‘Make America Great Again’) chauvinism of Donald Trump, among others, are thus presented as contemporary iterations of the fascistic impulse that Mussolini summoned into being and partly embodied. Radically perceptive in every moment, the documentary also wastes no time in juxtaposing the militaristic, masculinised displays of mass power over which Mussolini and Hitler presided (and sometimes bonded), with the remorseless cruelty and systematised murder prefigured by the same: in Libya and Abyssinia, in Dachau and Auschwitz. If Cousins is known as a cineaste and director, he inhabits these roles in the way a humanist thinker might do, i.e. as someone who chooses to communicate cinematically, because he understands film to be a language in which human joy and creativity may be distilled and nurtured. As such, he inter-cuts footage depicting and mythologising fascist supremacy with subversive (and delightful) extracts from the films of Elvira Notari, Pier Paulo Pasolini, Bernardo Bertolucci, among others. This sustains the compelling clarity of Cousins’s vision, and reinforces the creative integrity of his perspective, which recognises, fundamentally, that cinema is an amoral art: its eloquence can be used as easily to augment reactionary world-views as to articulate an anti-totalitarian alternative. Indeed, it’s because Cousins believes in the possibility of collective connection, and the necessity of political and artistic choice, that his examination of fascism strikes so vividly, and feels so essential. This is a must-see film. 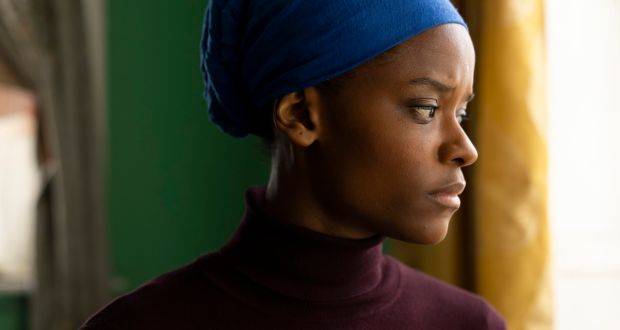 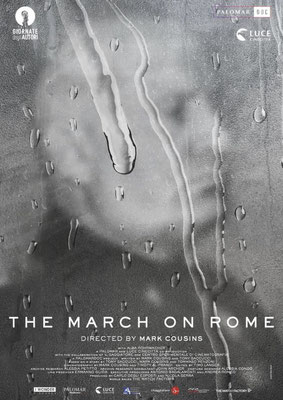 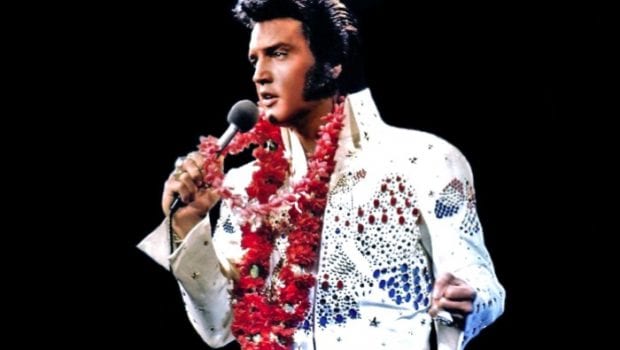